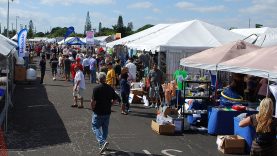 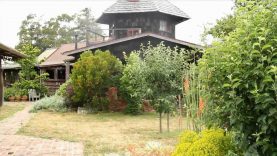 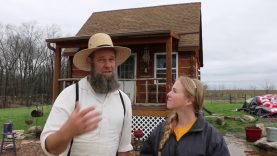 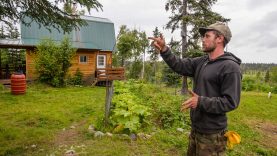 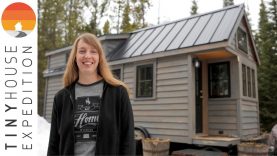 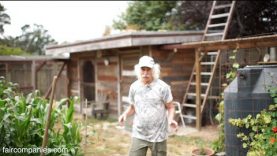 At 80 years old, Lloyd Kahn is an icon of alternative housing. In the seventies he was a poster child of the geodesic dome (he published Domebook One and Two and he and his dome home were featured in Life magazine).

He got his start in publishing when Stewart Brand made him the shelter editor for the Whole Earth Catalog. The book that put him on the map as a publisher was “Shelter”, an international survey of alternative housing that he continues to sell over 4 decades later.

Kahn’s enthusiasm for shelter extends to “building every place I’ve ever lived”, including his current home which started as a dome and is now a more traditional shelter capped by a 30-foot-tall hexagonal tower (the only remnant of the dome).

His home is only a small part of his half-acre homestead where he and his wife Lesley Creed believe in doing things for yourself, when possible. Besides tending the organic gardens (and dozens of free-range chickens), Creed is a natural dyer, quilter, sourdough bread-maker and believer in the “value of actually working, not just trying to figure out how not to work”.

On our visit to the homestead, Kahn showed us his wild-caught pigeons, his seaweed harvest, well-fermented sauerkraut, home-cured olives, oatmeal grinder and workshop (where he still keeps his father’s “nuts and bolts box”). We caught Creed baking her sourdough bread (from her kitchen-harvested starter) and drying “bread seed” poppies.

Years ago the couple were pushing the boundaries of self-sufficiency to include goats and harvests of wheat, but Kahn found his limits. “With self-sufficiency you never get there, you never become self-sufficient. I mean we tried back in the seventies. We had goats and chickens and bees and I was trying to raise grain. Pretty soon I realized that if I want to raise enough wheat for the bread for a year here, it’s better left to a specialist, like I can’t be my own dentist. So you do, it’s a direction self-sufficiency. You do what you can do as much of it as you can.” 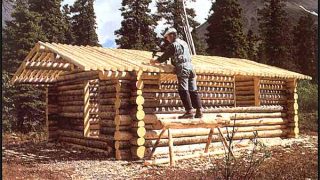 Alone in The Wilderness – Video Collection 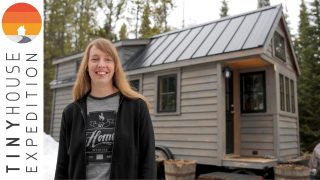 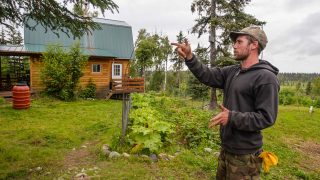 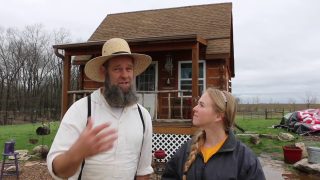 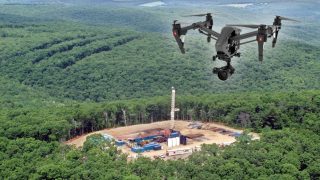 Use Google Earth & Drones To Avoid Buying a Nightmare Property! 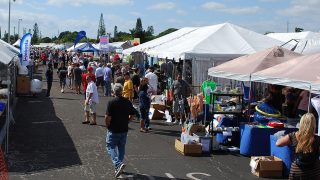